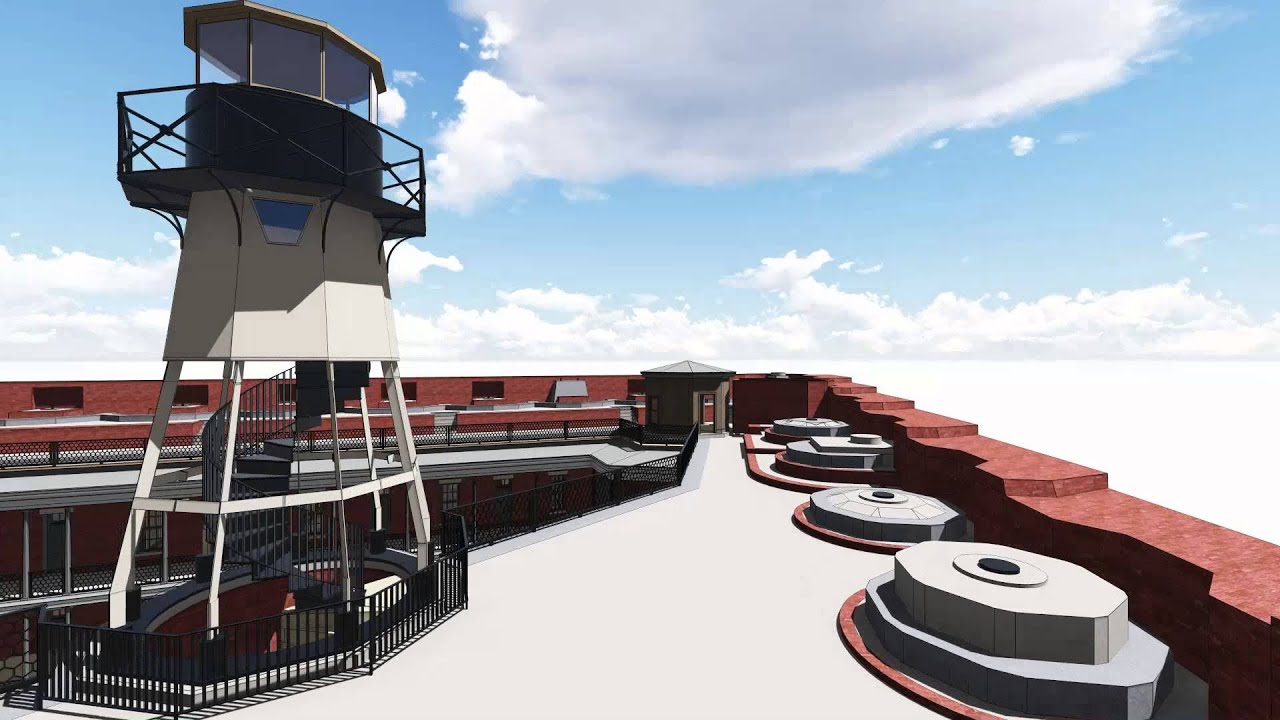 In 1853, the Army Core of Engineers began work on San Francisco’s Fort Point, an example of Third System fortification architecture and the only one of its type built on the West Coast. In 1970, Fort Point became a National Historic Site, saving it from demolition as plans for the Golden Gate Bridge were under construction. The Bridge was designed to arch over the Fort, as we see it today. The BIM model served multiple purposes for the National Park Service as well as the preservation architects.

The model was created using point cloud technology as reference to creating an accurate BIM model and serving as a foundation for Documentation for preservation and restoration purposes. The interior rooms, spiral stairwells and vaulted casements were also modeled, paying special attention to detail unique to this incredible historic building. The model was then rendered, representing original materials and textures of the building so virtual video animated clips could be created, allowing all visitors the ability to experience the Fort at all levels. 2D as-built drawings were automatically generated and annotated from the BIM Model, providing a foundation for the architect and sub-contractors to be utilized for historic preservation of the Fort.